It's certainly been a strange foliage season here in SE MA and the city of Boston. The warm temperatures throughout most of October delayed the peaking of the foliage this year. I went into Boston for an early morning shoot on Sunday October 31st. Typically, the Fall colors would be peak on that date, but the color was spotty this year. I did find some color and would like to share a few photos taken that morning.

There was a heavy rainstorm the night before, and the rain was predicted to end around 7 AM. The forecast was correct, and the rain stopped just before we arrived in Boston. We parked near the Public Garden and walked over to the Charles River Esplanade where we were greeted with a rainbow. 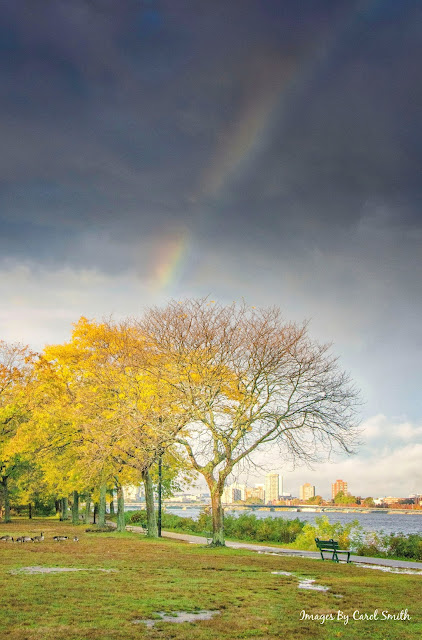 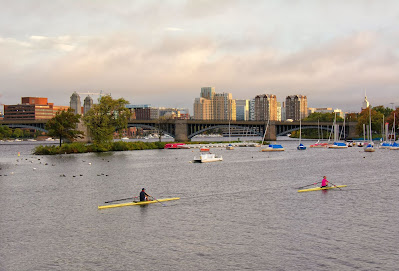 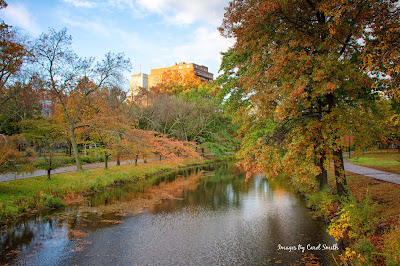 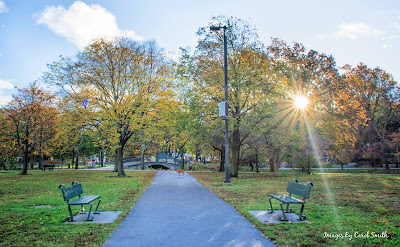 John Hancock Tower which is the tallest skyscraper in Boston: 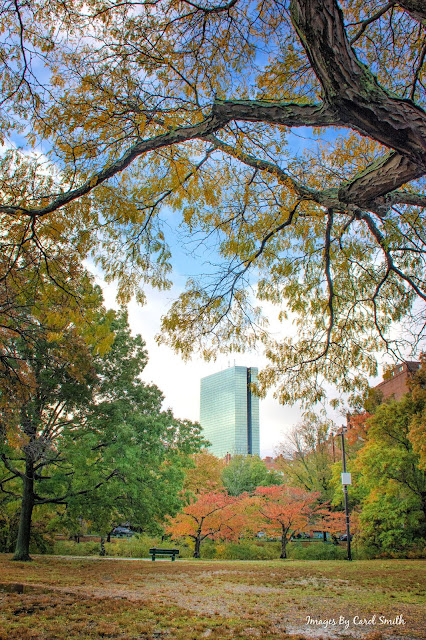 One of the footbridges: 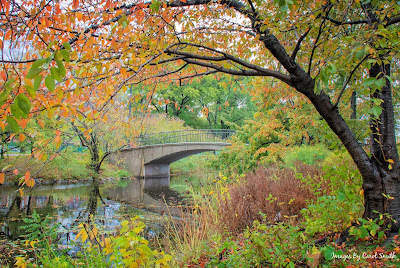 Shot with a telephoto lens: 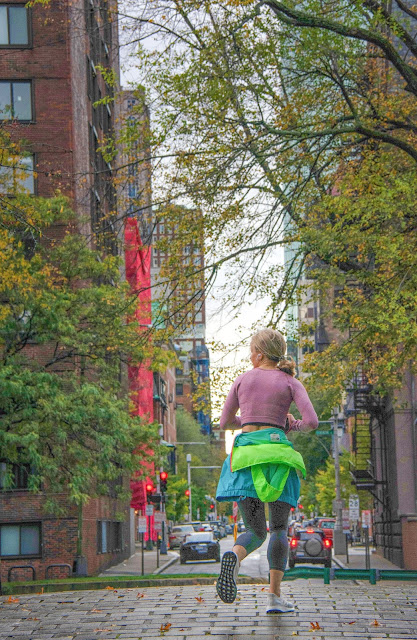 Boston is a city full of love! 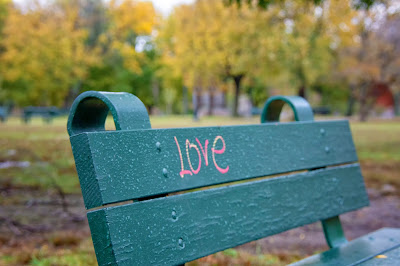 We walked back to the Boston Public Garden to take some shots there. 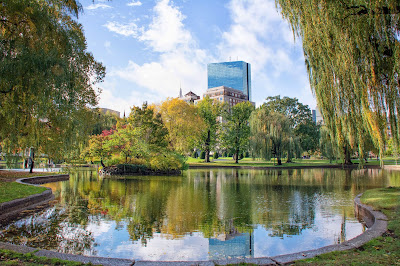 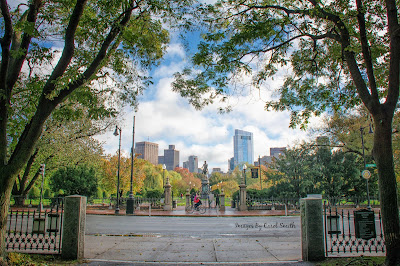 I hope you are enjoying your Fall in your neck of the woods.
Posted by Carol at 3:10 PM