I'd like to share with you a few more snow scenes from our trip to Northern New England this past weekend.

St Matthew's Chapel in Sugar Hill NH.....I've photographed this beautiful church in the Spring and Fall seasons, but this was my first time photographing it in the Winter. 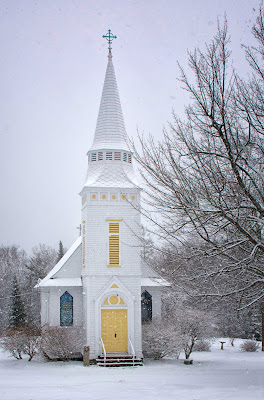 Sap buckets are not as common as they used to be, and it's not as easy to find them to photograph any more. Most of the maple syrup producers have switched to the tubing/vacuum operation instead of gathering the sap in buckets. 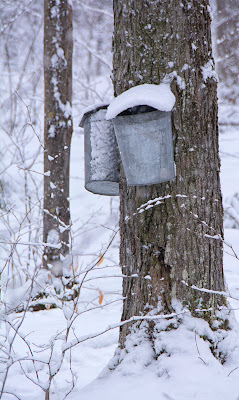 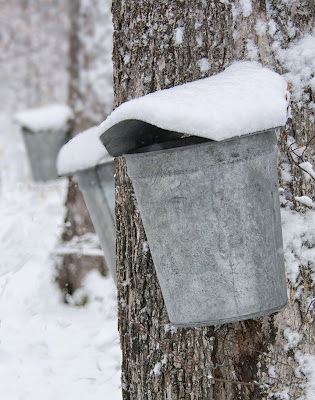 Birches in the snow: 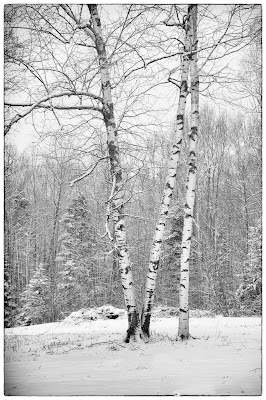 A snowmobile heading across an open field in East Burke VT: 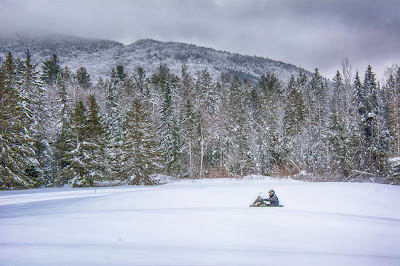 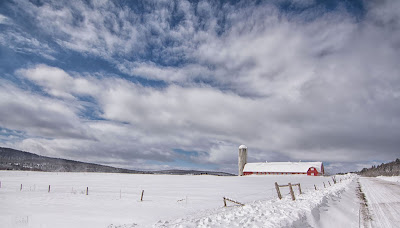 Here's that same barn photographed uphill from a distance. I love the perspective of the mountains in the background. It gives the barn scene a totally different look. 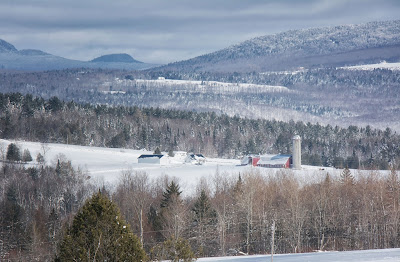 The purpose of this weekend trip was to visit sugar houses for the 2019 Maple Syrup Open House Weekend. More photos to be posted soon from the sugar houses we visited. 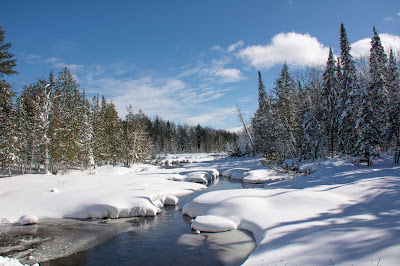 Winter in Spring. You have to love the weather in New England!!

I went up to Northern New England on Friday. We left at 5:00 AM to hopefully get up there before the snow started. Well, the forecast was wrong. The snow started much earlier than what was predicted.

We stopped at Polly's Pancake Parlor in Sugar Hill NH for breakfast. It was so beautiful outside. There was a  light to medium steady snow falling and it was just lovely. The roads at this point weren't bad at all. But the conditions deteriorated rapidy...... 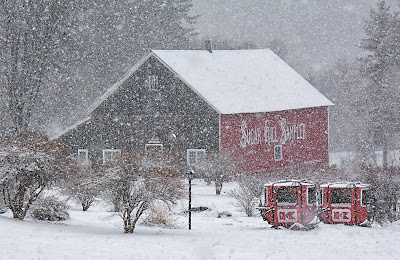 Unknown farm we stumbled upon...... 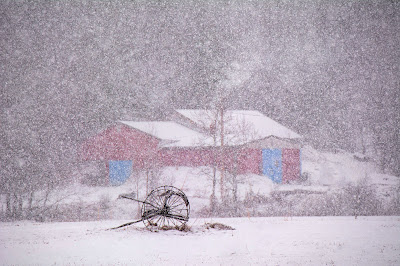 A little Sugar House we came across.... 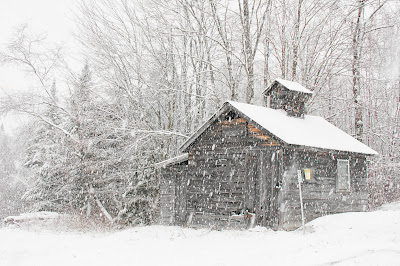 It was at this point we knew the ride up to Vermont from here was going to be rather treacherous.........and it was.......but we arrived safely.

More photos from the Winter Wonderland in Spring weekend coming!

Today is the 9th anniversary of this blog. The first blog post was written on the first day of Spring back on 2010. Wow. It doesn't seem like it was that long ago to me.

Thank you for following the blog throughout the years. It means so much to me.

Happy Spring to you. I hope you enjoy the World waking up from it's Winter slumber. As you know, Fall is my favorite season for photography, but Spring comes in a close second. 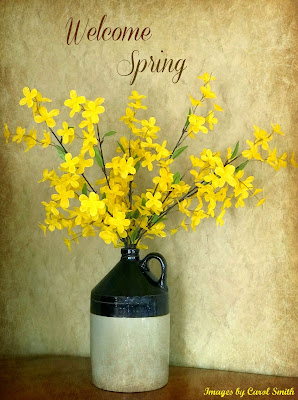 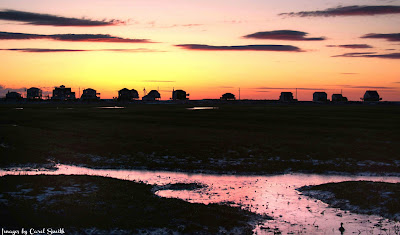 Yesterday was the one year anniversary of my Father's death. It seems surreal that it was one year ago. All of the memories of that day came flooding back to me, and shook me to the core. It was a difficult day, and it surprised me that I got so emotional. It's funny how those feelings come out of nowhere. 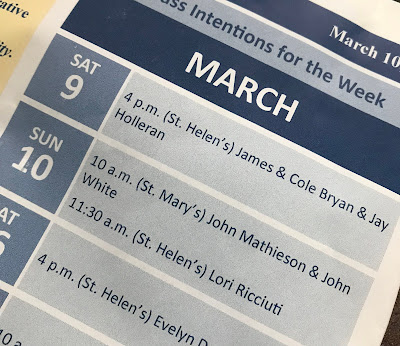 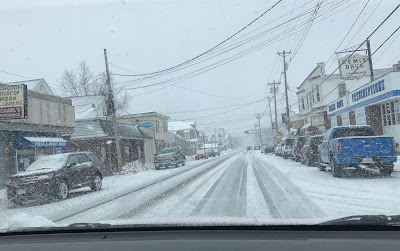 Dad would have loved the Mass. The music was beautiful.....and Ryleigh was asked to carry the gifts to the alter. She was nervous but she did a great job. She's five years old now....and up until now she would have been too shy and frightened to do such a thing. We were proud of her, and I know my Dad was proud too. I'm sure he also was very pleased with our choice of where we all went for brunch after Mass........a lovely Irish brunch where live Irish music was being played. It doesn't get much better than that!!

Cheers to Dad! We love him and miss him and Mom dearly. But we feel their love from beyond and I think they are probably very proud of us. We learned from the best. 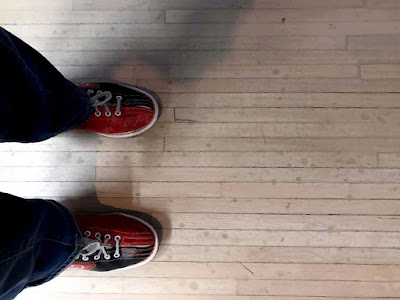 But I went yesterday. Although I was very "rusty" shall we say........I finally found my groove and actually won the third and final game we played. It was fun! 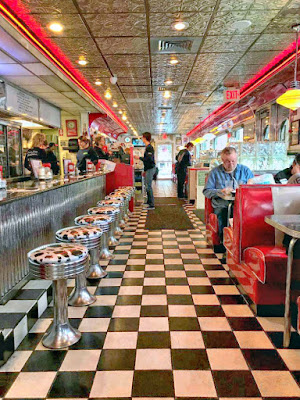