Paradise Gardens was a shop that sold supplies for outdoor water gardens. There was a beautiful pond with lotus flowers which would bloom each Summer behind the shop. The owners were very welcoming to the public and allowed us to roam around the grounds with our cameras. The property was sold last year.....the shop was torn down, and some very nice townhouses were built (and are still being built at the time of this writing.)

We were afraid that the water pond/garden would be filled in during the construction, but I'm so happy that the developers left the majority of the pond alone. I went there this week and had a fun time with my camera. 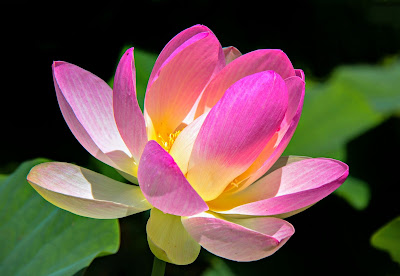 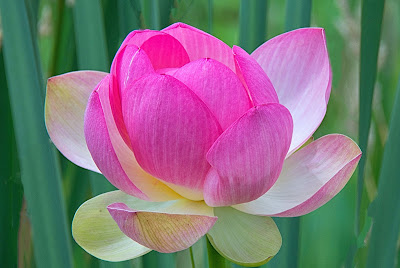 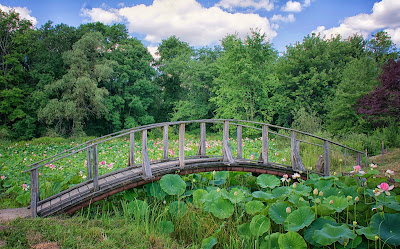 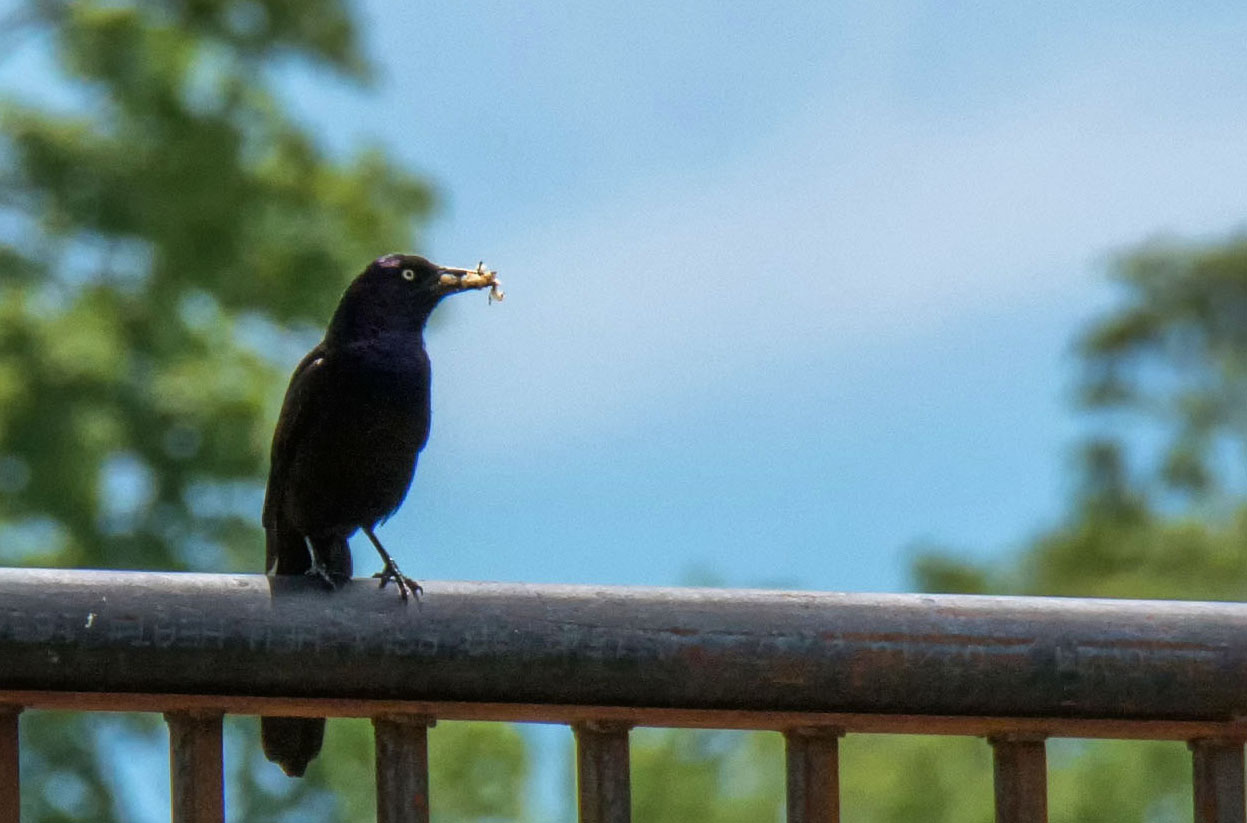 I've been feverishly working on a project so haven't had much time or material to blog about. I didn't want to let anymore time go by without saying hi to you, so decided to share a black and white photo that I took on my last trip to VT. I hope all is well in your world. I'm planning on shooting some lotus flowers this week so will have them up on the blog within a day or two. As always, thanks for viewing the blog. 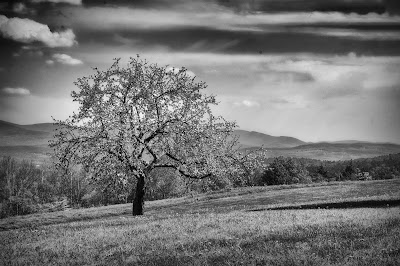 As you probably heard, it was predicted that The Northern Lights would be visible throughout New England on Sunday night/early Monday morning. I headed up to Newfound Lake in NH with two of my friends to try to capture the event. We left Quincy MA around 5:30 PM and arrived at the lake around 8PM in time to find a decent North facing location to set up for shooting. We also captured a lovely sunset as an added bonus. 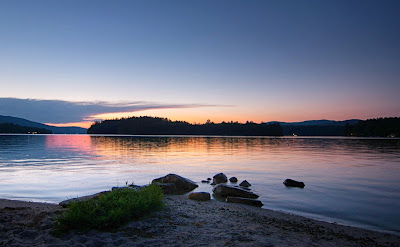 The "peak" prediction time for the Aurora was 11 PM-2 AM, so we knew we had a long night ahead of us. We were fortunate to have a clear sky......at least for a while......and were able to capture the Northern end of The Milky Way. The galactic center was in the sky behind us to the South, but we didn't have a clear Southern view of the sky from where we were set up. 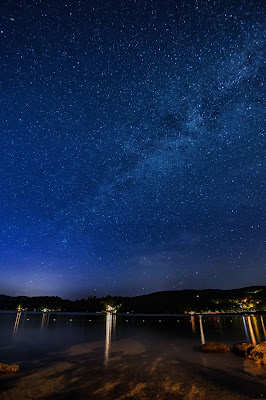 I question if the color seen here along the horizon is light pollution or actually Northern Lights? My friend and fellow photographer whom I was with thinks that this was a small show of the Aurora. I would like to think so, but not totally sure myself. 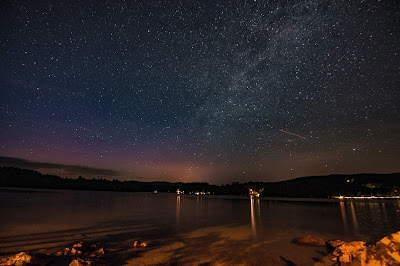 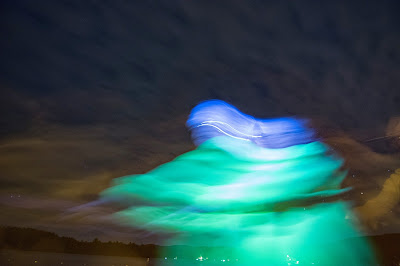 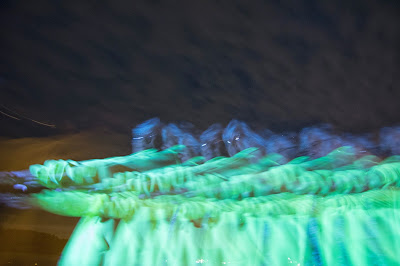 Unfortunately, by midnight the clouds had totally taken over and we knew that if the Aurora presented itself that the cloudy skies would prohibit our ability to see it. So we packed up and headed home. Nothing ventured, nothing gained. I'm glad we went......you can't get the photos unless you put yourself in the right place to get them. Sometimes it works out, and sometimes not but unless you try, you will never know. 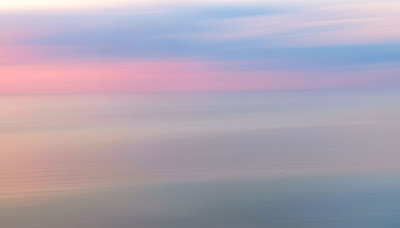 During my week vacation at the cottage in Plymouth, I really didn't do much photography, as my Dad was my priority. I did however slip away one morning after sunrise with my camera. White Horse Beach was just down the road from Priscilla Beach, where our rental was located, so that's where I headed.

Love the old fashioned look of the general store. That's the beach that you see in the distance behind the house on the bend in the road. 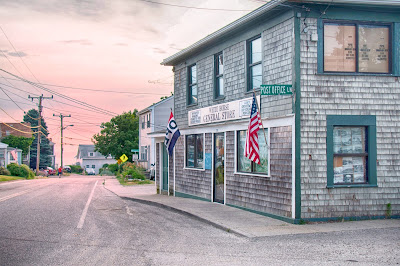 Here's the beach in the early morning light.... 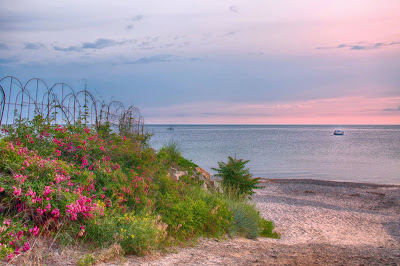 Up around the corner after the length of the beach is Manomet Point, where The Lobster Pound is located at the tip of the peninsula on the cliff above the ocean 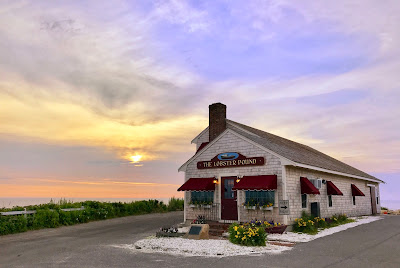 Such a beautiful area.

Happy 4th of July. I hope you and your families have a happy and safe holiday. This image was taken last week when I was down in Plymouth MA . Love the New England feel to this! 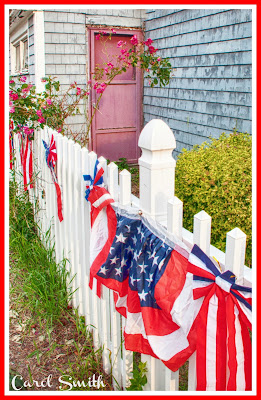 I hope you are enjoying this 4th of July weekend. The weather couldn't be any better here in Southern New England. Last week's weather was wonderful too, which was a very good thing because I spent last week at a cottage on Priscilla Beach in Plymouth MA. This wasn't a vacation with my husband or friends. This was a vacation for my Dad! My sister and I rented the cottage for him. It had a huge deck that overlooked the ocean. It was a one floor cottage that made it easy for him to get around with his walker. My Dad LOVES the ocean and NEEDS to be in the sun. It was the perfect spot for him and he had a fantastic week. I'm so glad we did this for him. 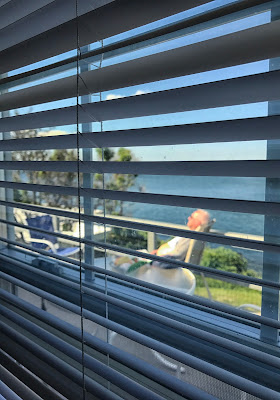 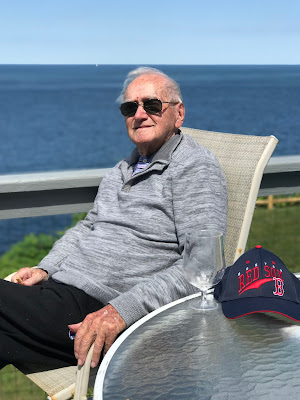 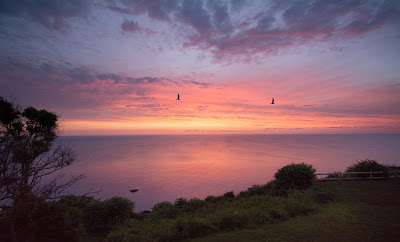 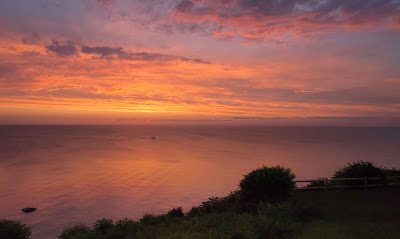 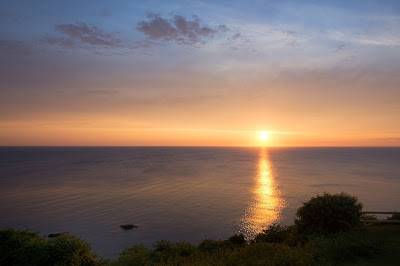 I could wake up to this view every day!