I always thought that Jobs Pond was located in Newark VT, but I recently discovered it is actually located in Westmore. Oops.........which means previous blog posts that I have written about Jobs Pond have been incorrect.

Anyway.....I visited Jobs Pond on 2 different days during this year's peak foliage season. The first visit was on Oct. 4th. It was mostly overcast when I arrived, but just before I left, the sky began to clear.

This first image was taken along the North side of the pond. 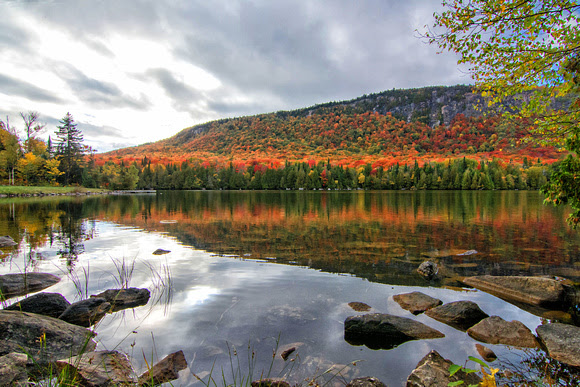 This image was taken from the access along the Eastern side of the pond just before I departed, as the sky was clearing. 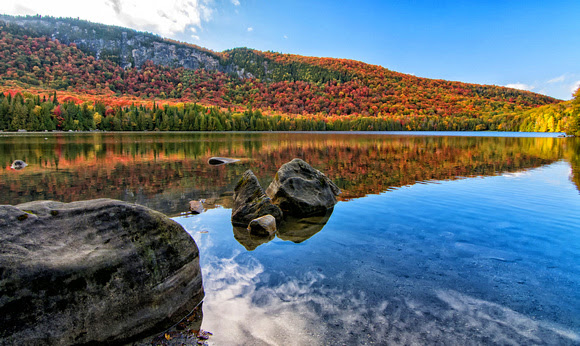 This image was taken 2 days later than the previous two images, on Oct. 6th. 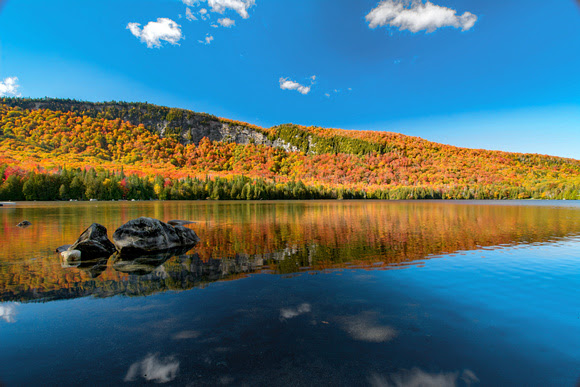 Such a beautiful and tranquil place to visit.