From Wikipedia, the free encyclopedia. A boreal ecosystem is an ecosystem with a subarctic climate in the Northern Hemisphere, roughly between latitude 50° to 70°N. 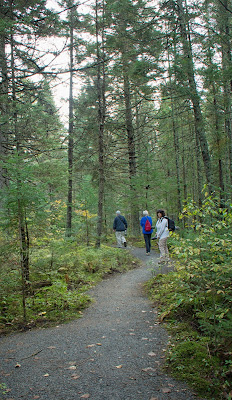 This hike has been on my radar for approximately 5 years, ever since I saw a blog post written about this location by a bird photographer that I follow. This area is home to many different species of birds, as well as moose, black bear, and deer. To get to the Moose Bog Trail, follow Rte 105 North out of Island Pond for approximately 8-10 miles. Turn right onto a dirt road (South America Pond Rd) which has a sign that reads Wenlock Wildlife Preserve. Follow the road about 1/8 mile and park in the cut out on the right hand side with a trail head sign board. Follow the trail for about 1/2-3/4 of a mile and turn left downhill to reach the boardwalk that leads you to the bog. 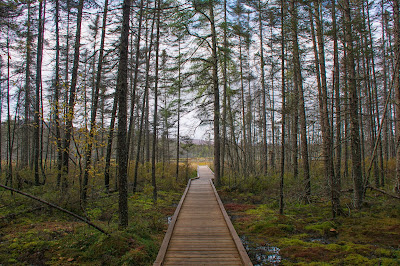 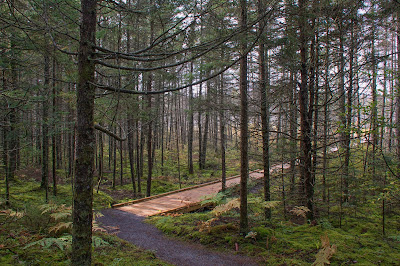 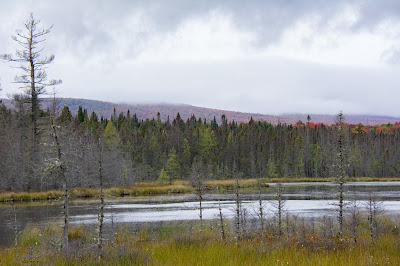 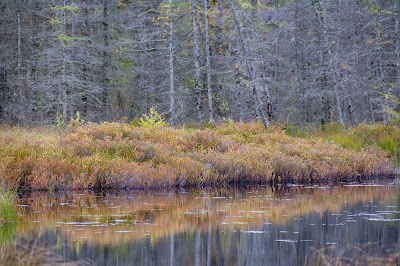 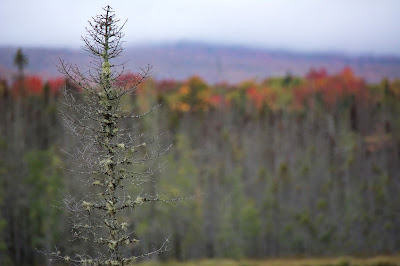 What interested me the most about this area was the interesting plants that we found I've never seen a Pitcher Plant before....a Pitcher Plant is a carniverous plant which have a prey trapping mechanism featuring a deep cavity filled with liquid. 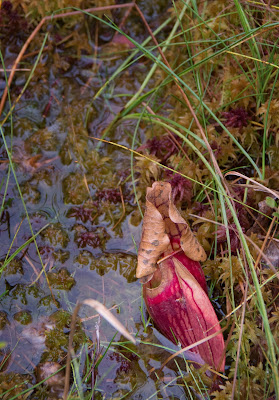 I also found the moss that covers the forest floor to be very interesting. In some areas, the green moss was covered in a red moss like substance. I tried to identify it but had no luck. Here is a photo I took of it......please let me know the ID of this if you know what it is called: 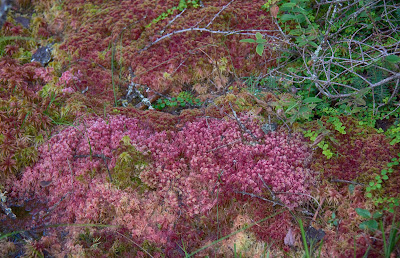 Other areas had this bright yellow substance growing over the moss. My research helped me to identify this as Slime Mold.

From Wikipedia:
Slime mold or slime mould is an informal name given to several kinds of unrelated eukaryotic organisms that can live freely as single cells, but can aggregate together to form multicellular reproductive structures. Slime molds were formerly classified as fungi but are no longer considered part of that kingdom. 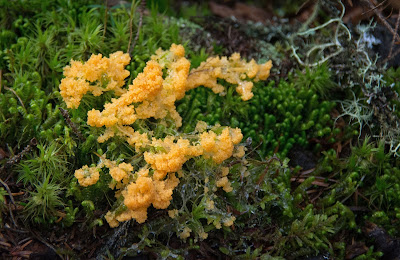 Speaking of fungi. we came across various types of mushrooms along the trail. I initially was not photographing the mushrooms, as they typically don't interest me. But as we got further along, it became apparent to me that this wasn't the regular mushrooms you see everyday in "the woods". This was something totally different and and I wanted to capture it with my camera.

Most of the mushrooms I am having difficulty identifying, but this one was one I could ID. 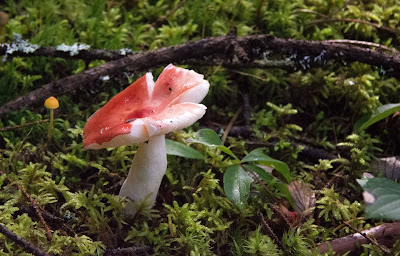 No, we did not eat these! Also, notice the orange mushroom to the left. 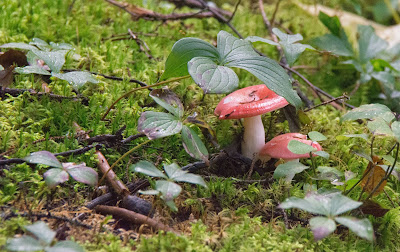 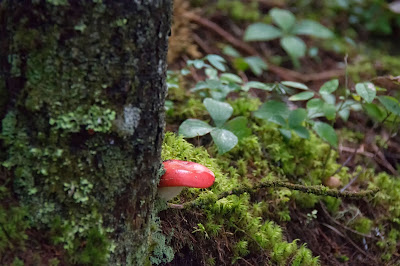 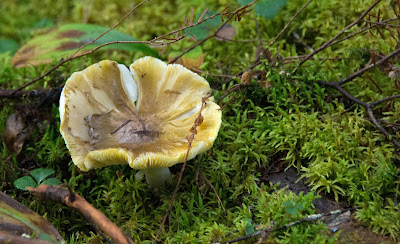 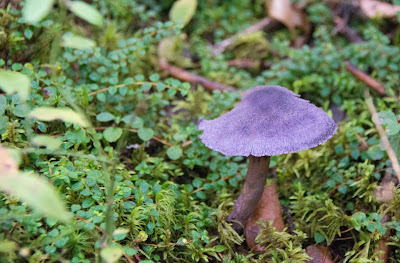 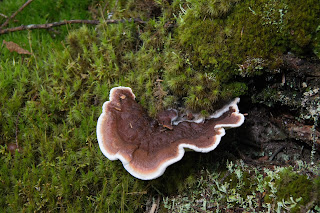 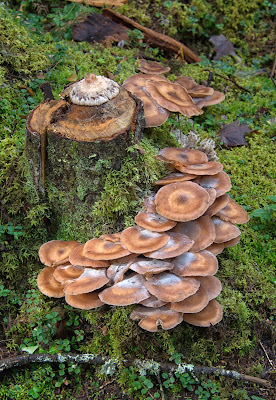 We never encountered any wildlife, although we did hear a large bird flying off a perch as we were on the trail.......never saw the bird but assuming it was either an owl or some type of hawk, as the wings were very loud in flight.
This was a great walk though nature and I thoroughly enjoyed it! It certainly wasn't the typical walk through the woods.